Our very first Meet The Parents Session was successfully held on 2 Jan 16. Achievements for 2015 and the Plans & Objectives for 2016 were shared.

Parents were informed that they would be updated if their child needed extra practice. Such students would be encouraged to attend extra classes.

Students were encouraged to participate actively in performances as opportunities were at times turned down.

Parents gathering for the session 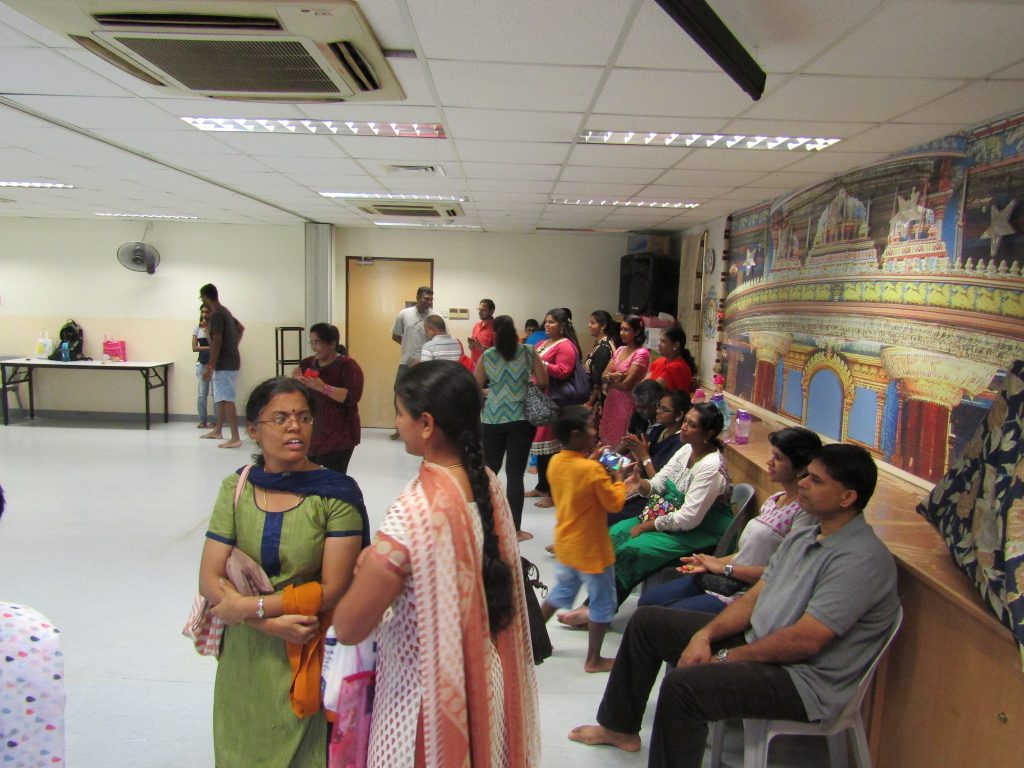 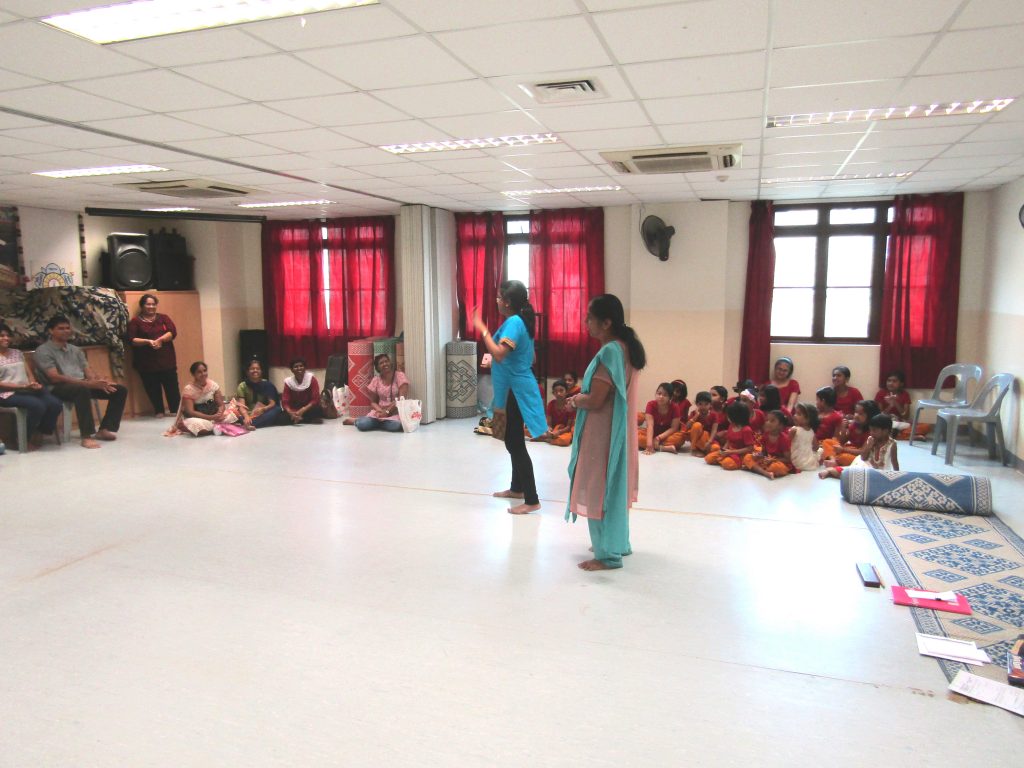 Meet-The-Parents session in progress with Principal and Teacher 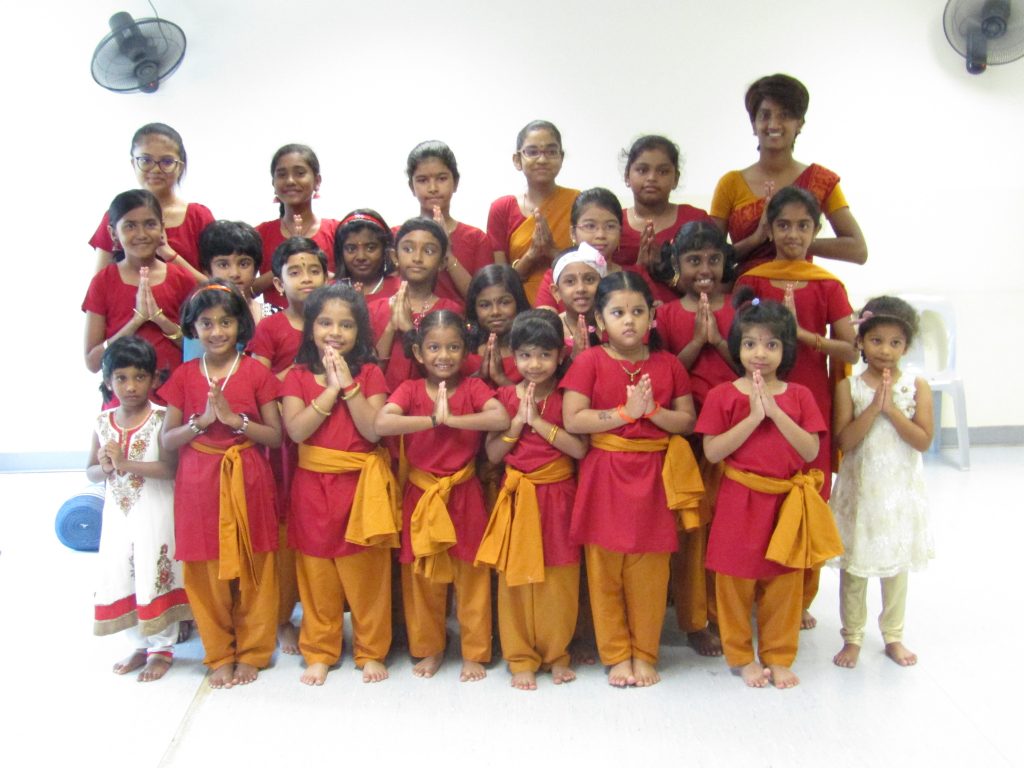 Compared to the examinations in June 2015, students fared much better in November 2015.  Only two needed further attention for improvement.

Students answered open-ended questions during the theory examination.  For practical examination, students were individually tested on what they had learnt in class.

The examinations enabled the students and their Parents to better understand the areas of strengths and weaknesses.  The significant improvements noted in some students were notably due to the efforts put in by the Parents.  Thank you and Kudos Parents!

Parents and students were made to continue to work together to obtain the correct answers from www.naatyaanjali.com for the questions that were answered incorrectly.  Parents welcomed this idea as it provided an opportunity for Parents to better understand what their children were learning in class. 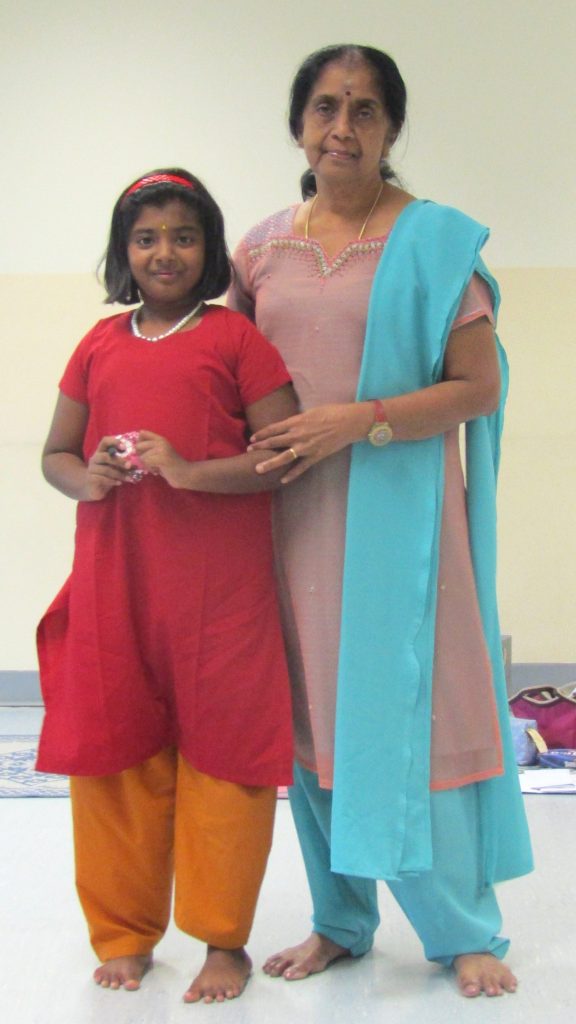 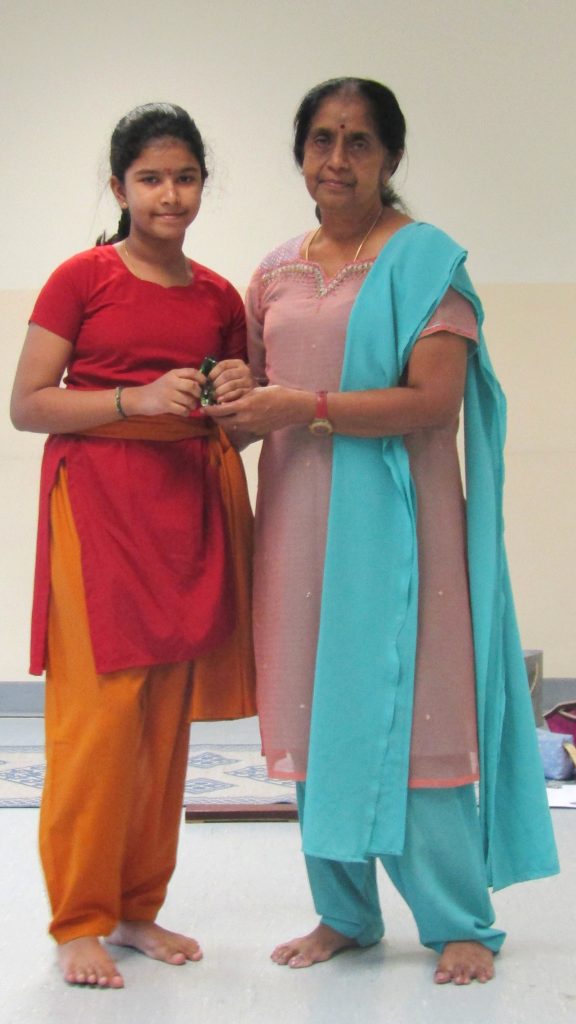 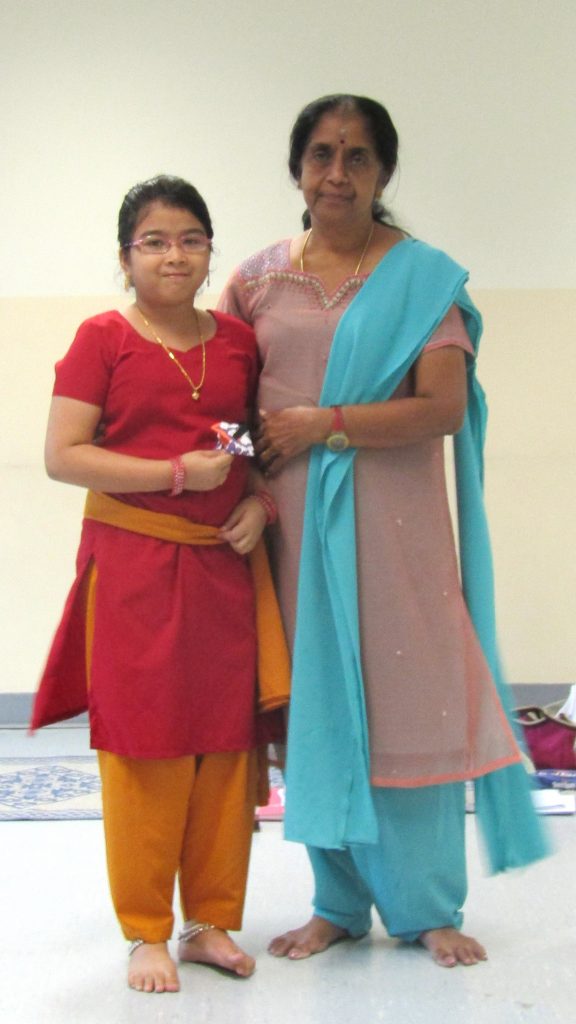 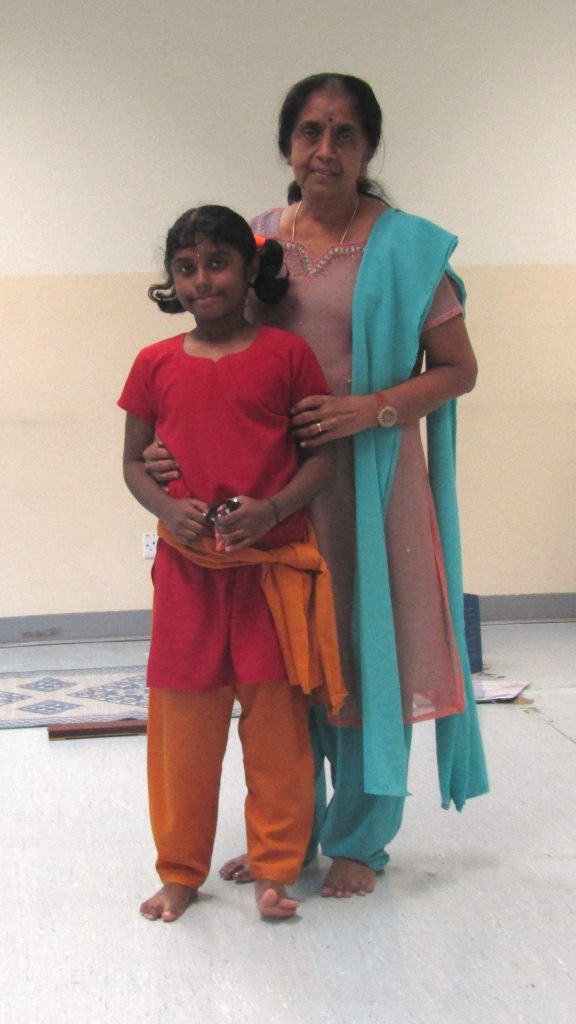 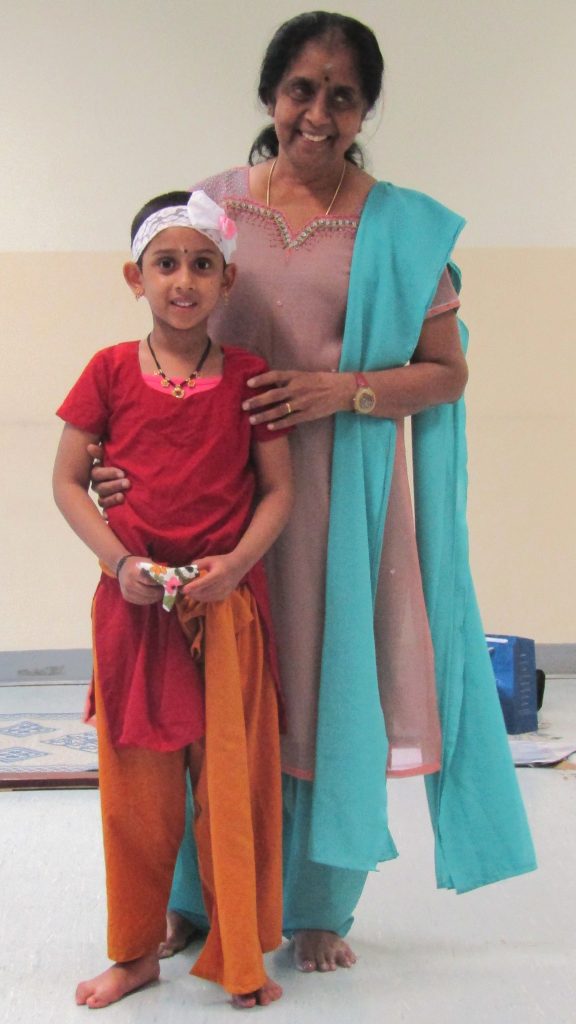 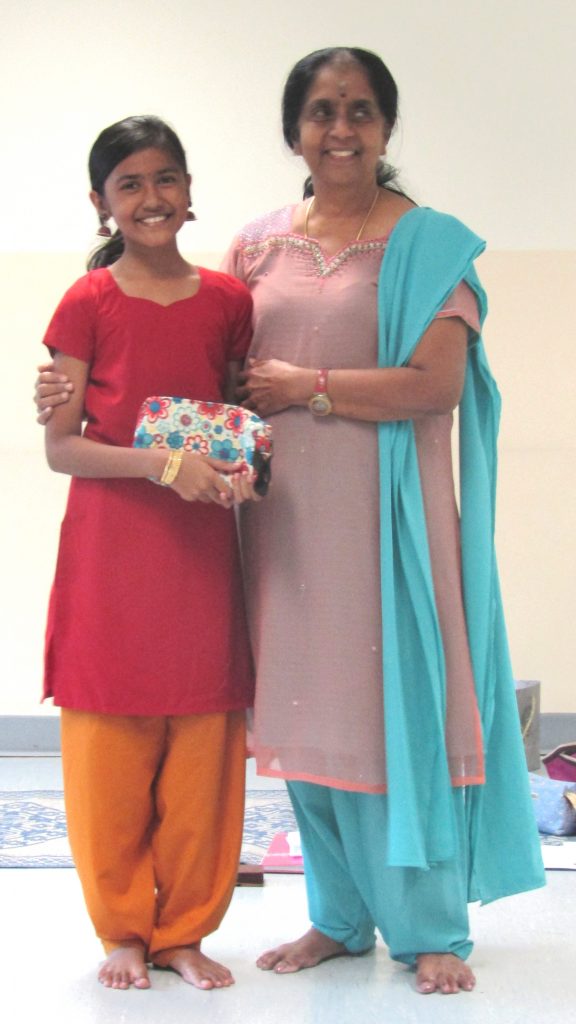 Well done Naatyaanjalis! We are very proud of you!

The next theory and practical examinations would be held in November 2016.

Naatyaanjali took the opportunity to officially launch our Uniform during the performances which was very well received.

A pose before getting on stage

Preparations before the show

Awaiting for the commencement of the performance

Parents in awe by performance by the kids

Students enjoying the show by the seniors

Senior student assisting in makeup before the performance

Curtain call and Thatinamaskaram after the performance

Group photo of senior students with teacher
No tags for this post.